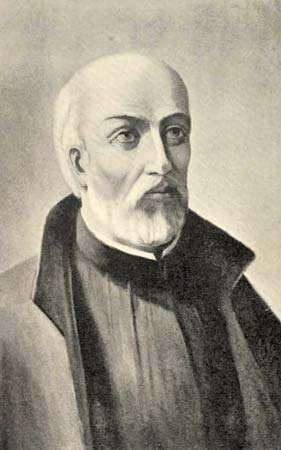 John de Brebeuf became a Jesuit in 1617. As a missionary in Canada he tried to convert the Huron people to Catholicism. His mission, St. Ignace was captured by the Iroquois and Brebeuf was tourtued and killed. He is known as “The Apostle of the Hurons” and the natives called him “Echon” which means healing tree.